Larks in Transit is a compendium of travellers’ tales and the general shenanigans of twenty years as a travelling comedian. With musical virtuosity, surreal tangents and trademark intelligence, Bill Bailey tackles politics, philosophy and the pursuit of happiness.

Plus, he fashions a symphony from a ringtone, tells the real story of Old McDonald, and a re-imagines the Stars and Stripes.

Two decades of touring larks from a comic described by the Daily Telegraph as ‘the brainiest comic of his generation’.

A mind to thrill – breathtaking

Bailey cuts a world-beating swathe all of his own 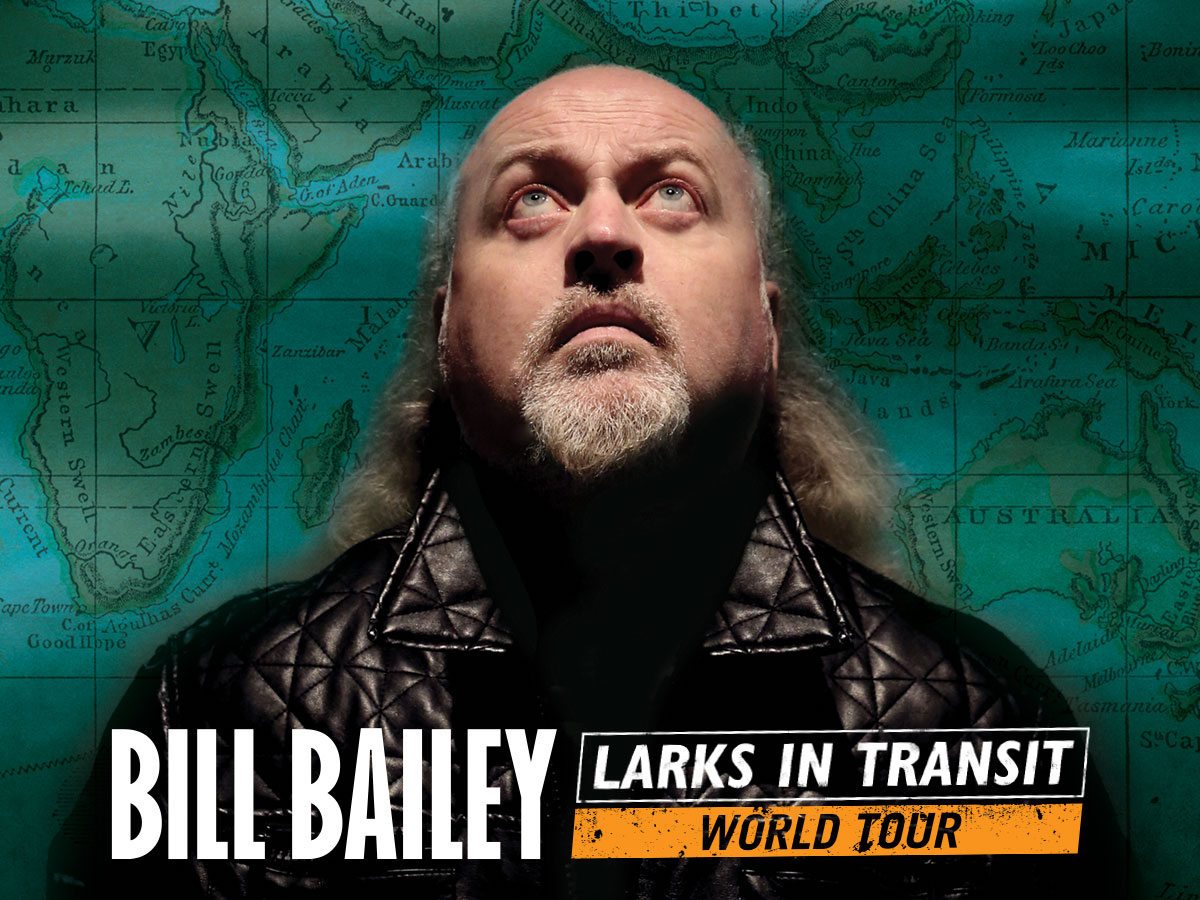